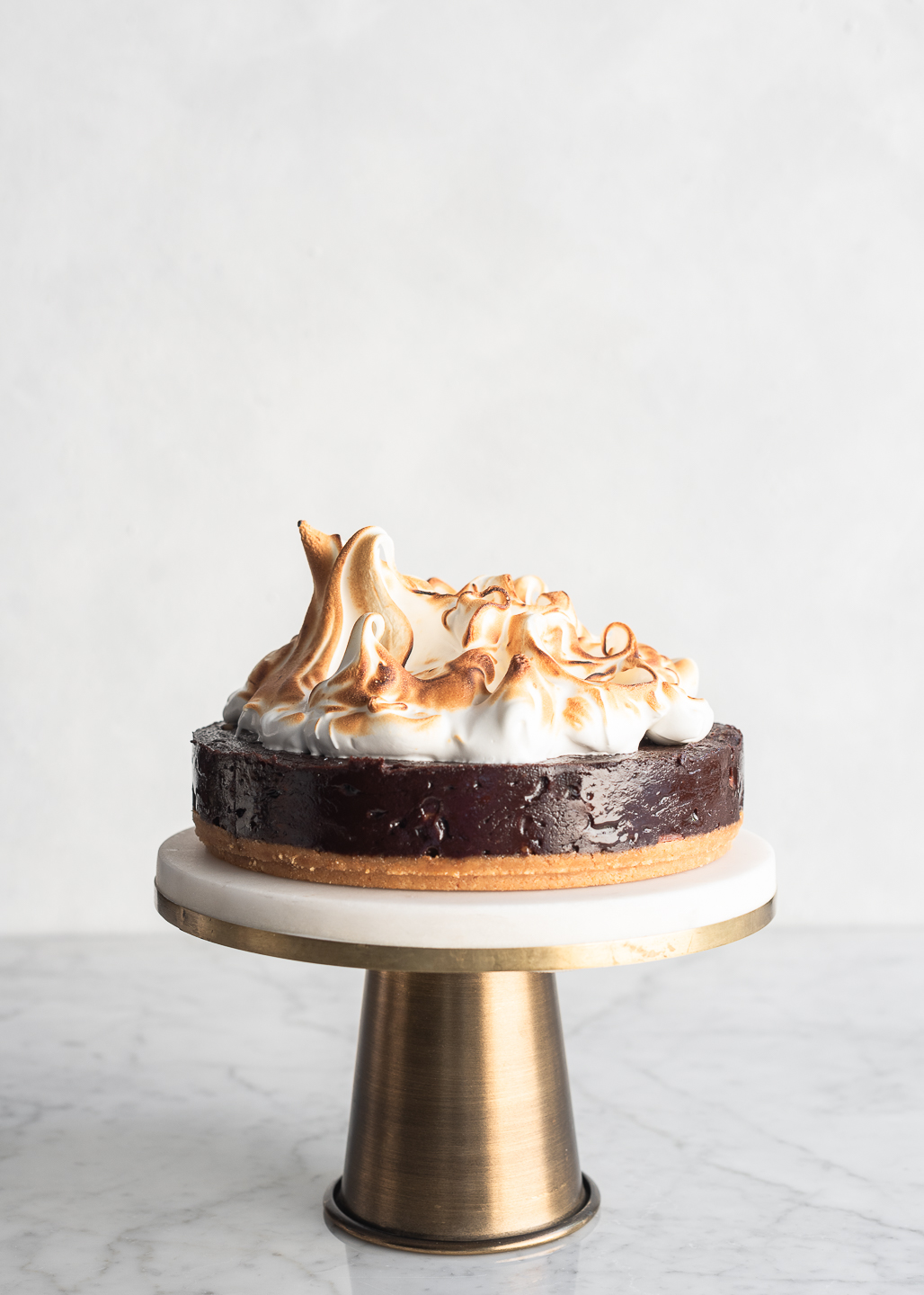 When you’re testing a new recipe and the room goes quiet, you realise you’ve stumbled onto something truly remarkable. There are some recipes that are worth going wild for. This Pretzel Brownie S’mores Cake is one such recipe. If you’re a regular visitor to the blog you will know, we’re not shy with our chocolate recipes. Besides fruit, there’s no better ingredient to bake with than chocolate. It’s the ultimate unashamedly rich dessert, so spare the horses and aim for thin slices. 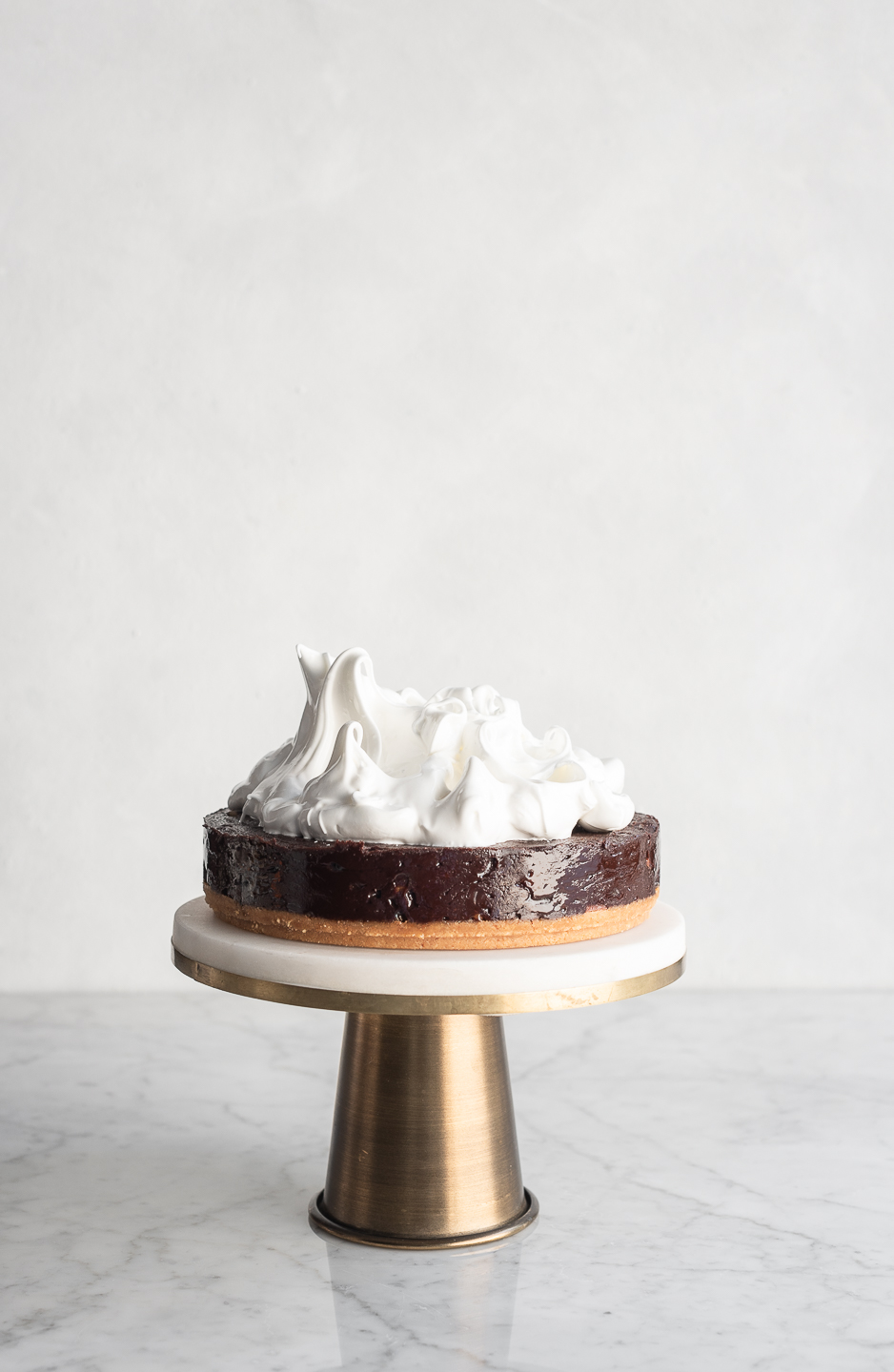 For today’s recipe, I’ve partnered with Instant Pot to celebrate the launch of their new Instant Pot Duo Plus 9-in-1 Smart Cooker (6L). Last year we made the now rather famous, Milk Tart Cheesecake with Rum Caramel. Bettering it was challenging to say the least. BUT, I think we’ve done it. Despite quaint proportions, it’s guaranteed to bring the house down. The Instant Pot Duo Plus comes with a snazzy new Cake function that gives you the option of “baking” gorgeous cakes with the touch of a button. Expect a slightly denser, fudgier texture here than conventional baked brownies. The bittersweet filling remains gloriously moist with sturdier milk chocolate bits and toasty walnuts to keep things really interesting.

I’ve tinkered with the crust using different combinations of cookies and nuts. In the end, the magic ratio was split between a crisp coconut biscuit and salted pretzels. The saltiness is more suggestive than overpowering, but entirely complimentary in contrast to the dark rich filling. There are several chocolatey players in the story, each with a unique character and flavour. Dark chocolate, or as my late grandmother used to call it, serious chocolate, milk chocolate and good cocoa. Combined, they’re a harmonious example of chocolate’s potential. 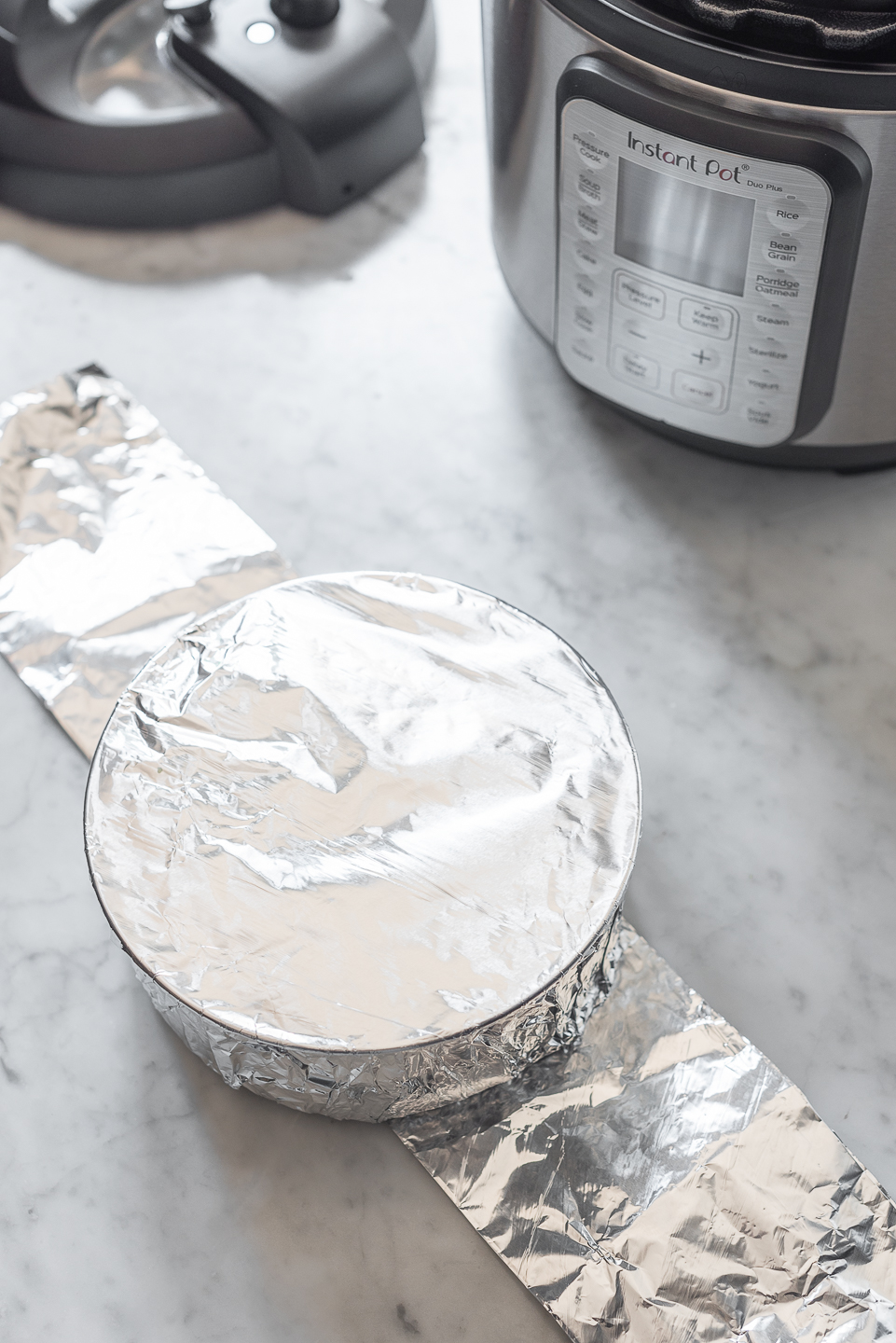 A Pretzel Brownie S’mores Cake can exist happily without a meringue topping, unless of course you want to roll out the red carpet. When making the topping, entice billowy meringue wisps by swirling in an upwards motion into jagged peaks. For the meringue recipe, feel free to use either a French or Swiss meringue method. Swiss meringue relies on cooking of the egg whites over a pan of simmering water before whisking to soft peak stage. This method is preferable for the elderly or those with weakened immunity. The cake keeps well chilled for several days without the meringue topping. For best results, finish with the meringue topping just before or an hour or two before serving. 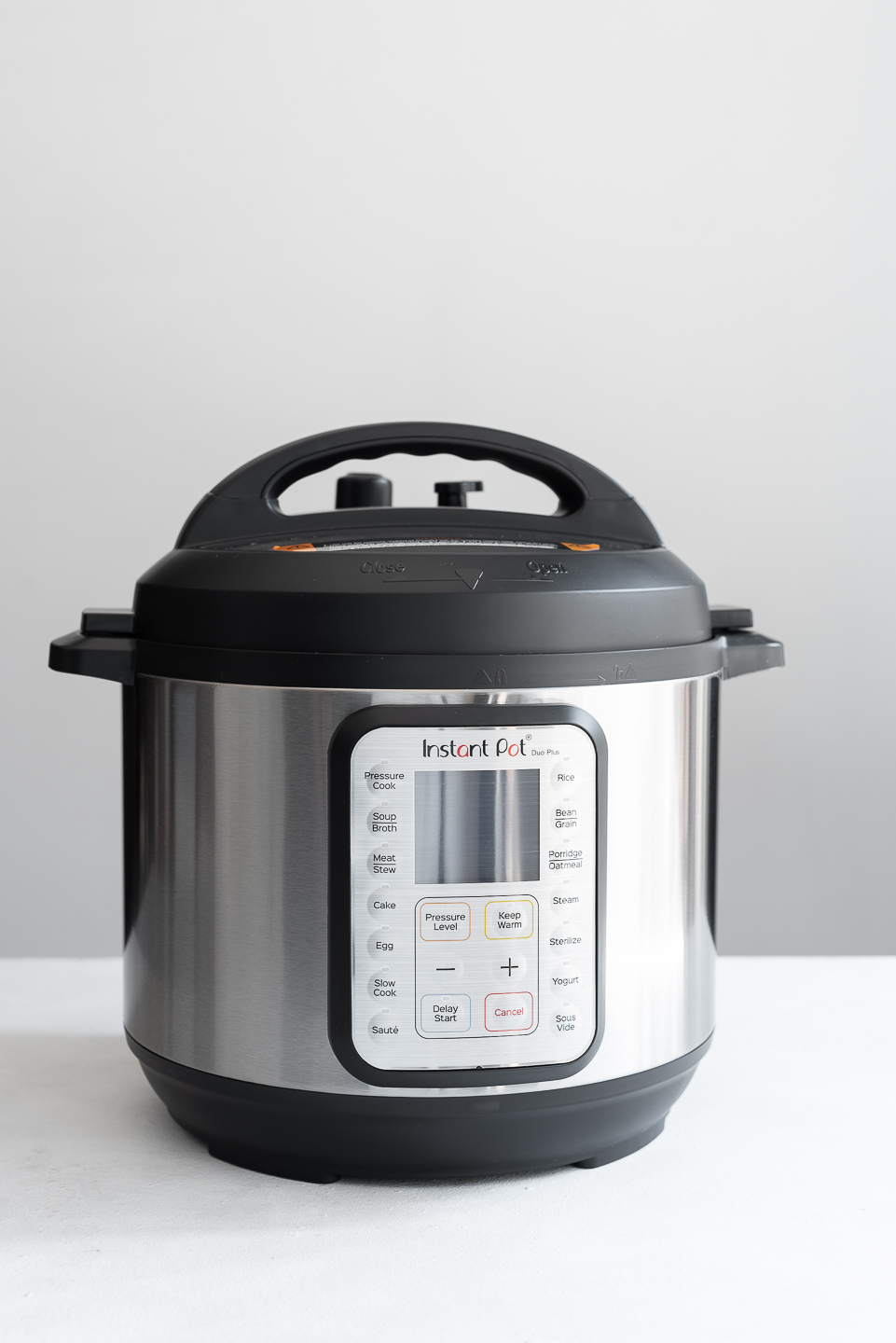 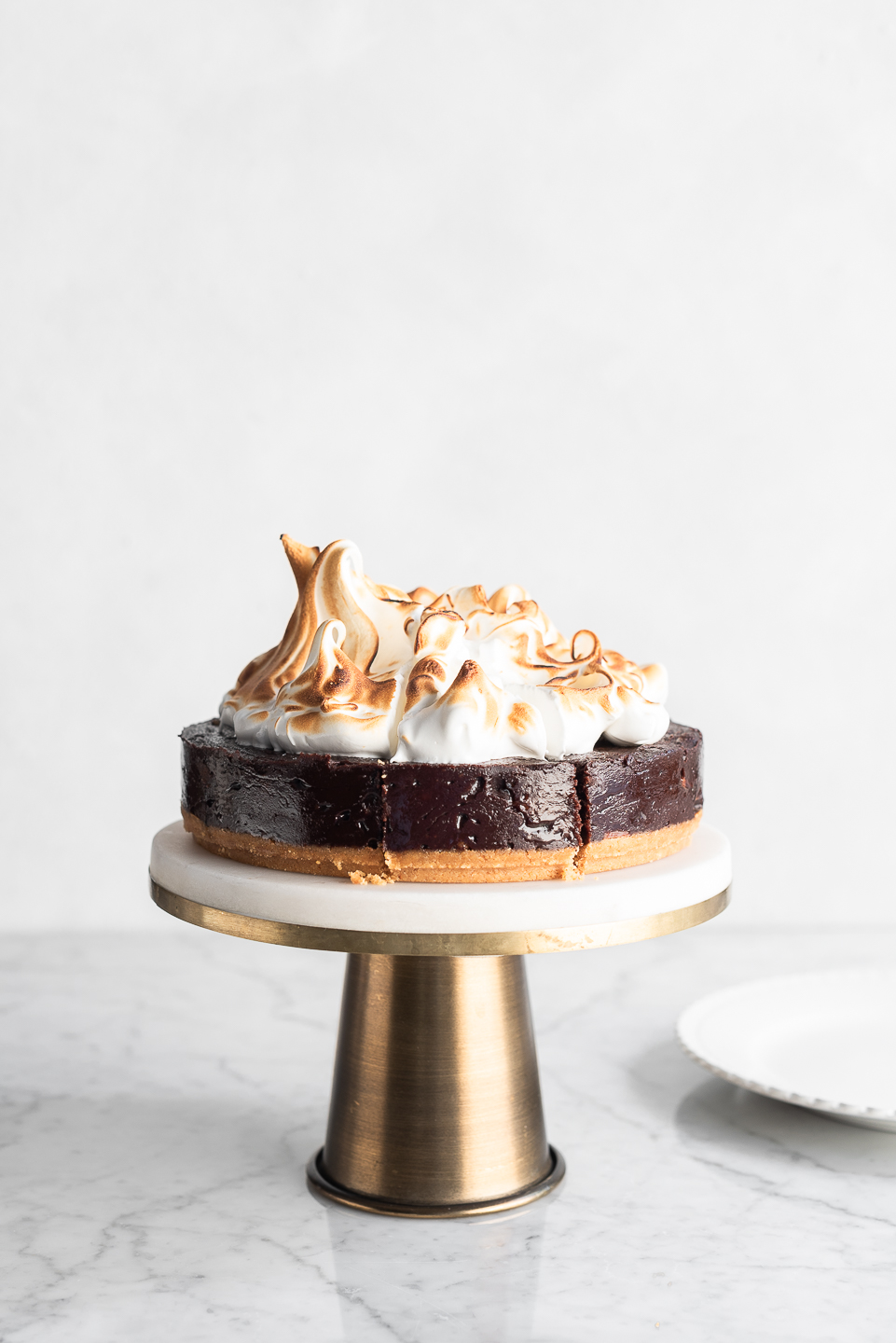 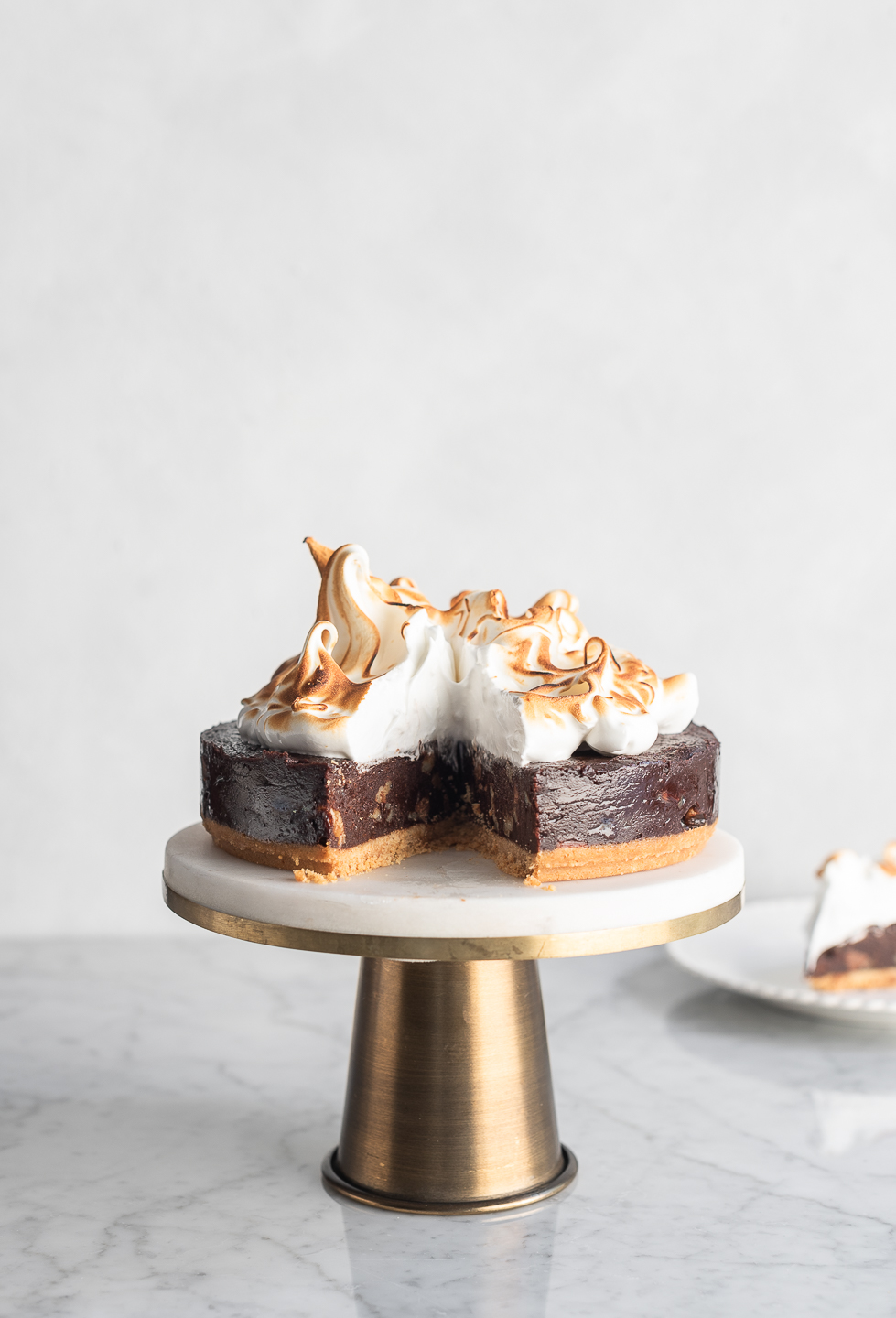 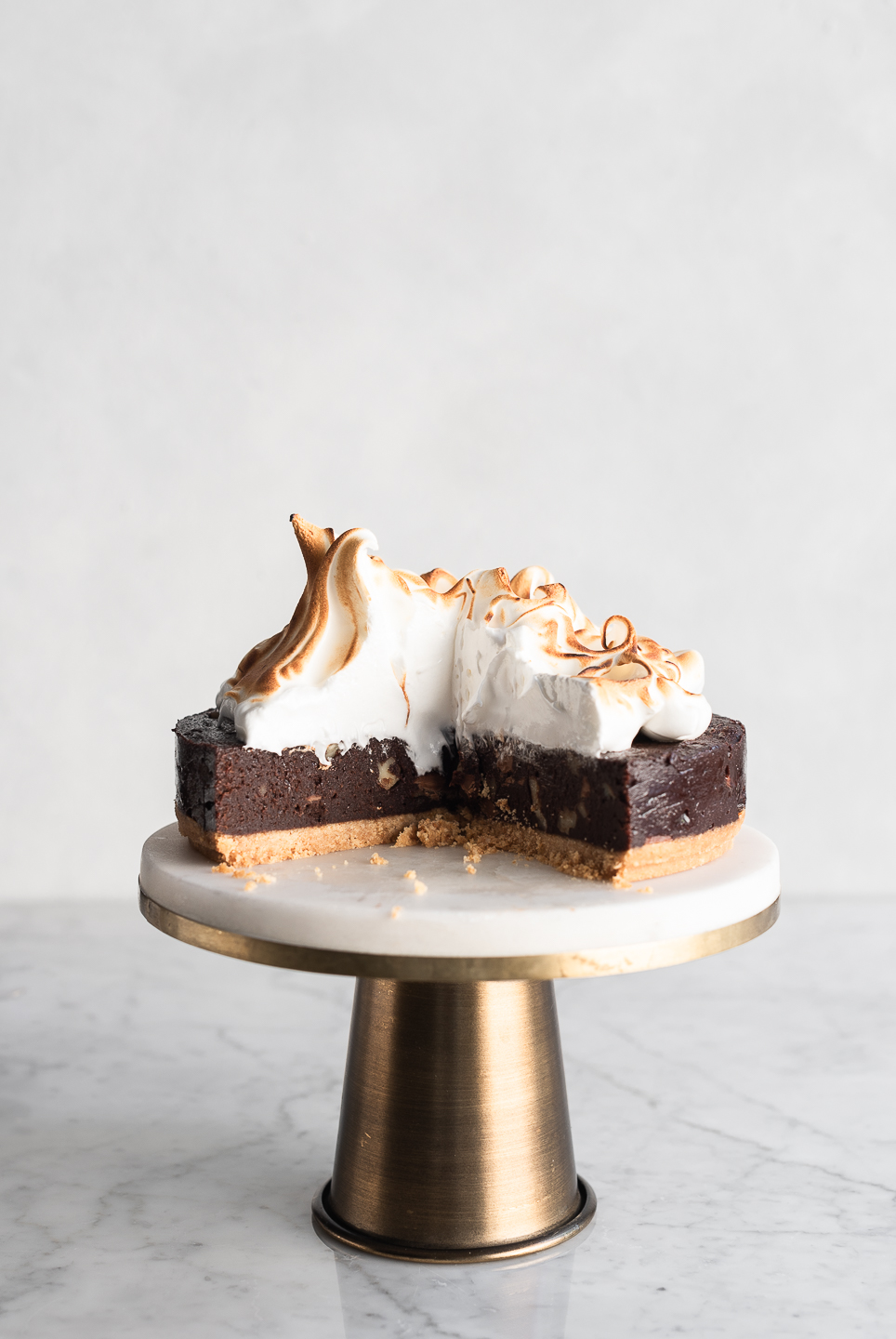 For the base, place the biscuits and pretzels in a food processor and blitz until fine. Add the melted butter and pulse to combine. Press the crumbs into a lightly greased 18cm loose bottomed baking tin. Chill while preparing the brownie filling.

Place the butter and dark chocolate in a bowl set over a pan of lightly simmering water. Once the chocolate is melted and smooth, remove from the heat and set aside to cool slightly.

Once cooled, add the vanilla, castor sugar and brown sugar and whisk to combine. Add the eggs one at a time, whisking well between each addition.

Sift the cake flour, almond flour, cocoa and salt together. Add the dry ingredients to the chocolate mixture and mix to combine. Fold in the walnuts and chopped chocolate. Scrape the batter into the tin and smooth over with the back of a spoon. Cover tightly with cling film and two sheets of foil.

Pour 250ml water into the Stainless Steel Inner Pot with the Trivet placed on the base. Using the sling, lower the cake onto the trivet. Secure the lid. Select the Cake program and set the cooking time to 50 minutes on normal. Once the cooking time is up, use the natural pressure release method for 10 minutes, then quick release for the remaining pressure.

Unlock and remove the lid slowly. Lift the cake out using the foil sling. Remove the foil carefully taking care to prevent any condensed water from leaking onto the cake. Allow the cake to cool completely in the tin. To un-mould, run a knife around the edges then transfer to a cake stand.

For the meringue topping, whisk the egg whites and salt together in a grease-free mixing bowl. Add the castor sugar one tablespoon at a time, whisking well between each addition. Pile the meringue on top of the brownie cake and scorch with a kitchen blow torch.

Cook’s Note: To make a foil sling, fold a large sheet of heavy-duty aluminium foil in half lengthways and then in half again. See image above.

Here are several of the most popular Instant Pot recipes on the blog: