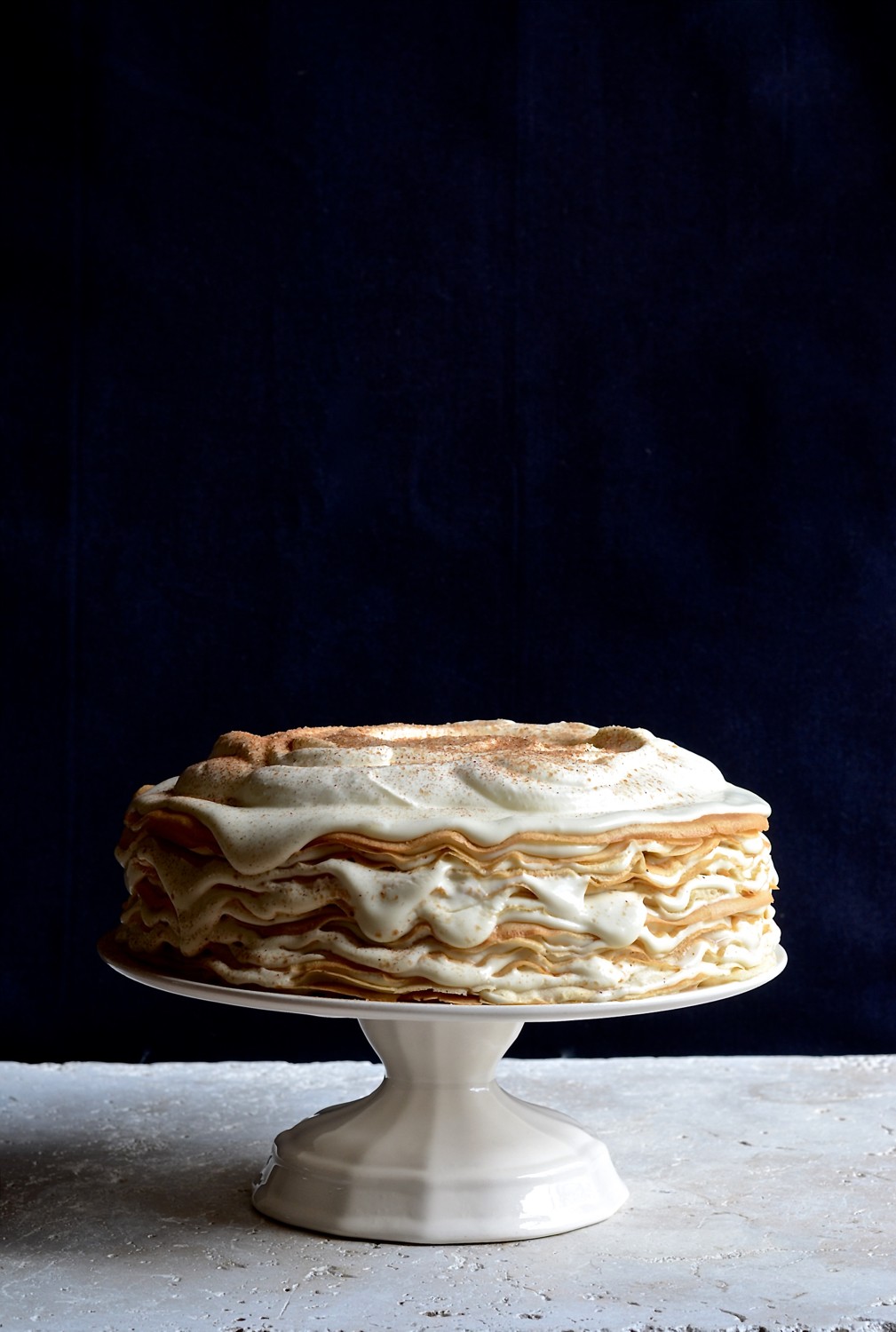 Milk tart pancake mille feuille is a delicious mouthful that sounds fancy schmancy but it is in fact regular old pancakes dolled up with custard. Mille feuille refers to the multiple layers of buttery puff.  Traditionally filled with cream and fresh berries, but  we’re keeping things local for the month of May with layers of pancakes or pannekoek, if you will, and voluptuous custard spilling over the sides. Who can argue with that? 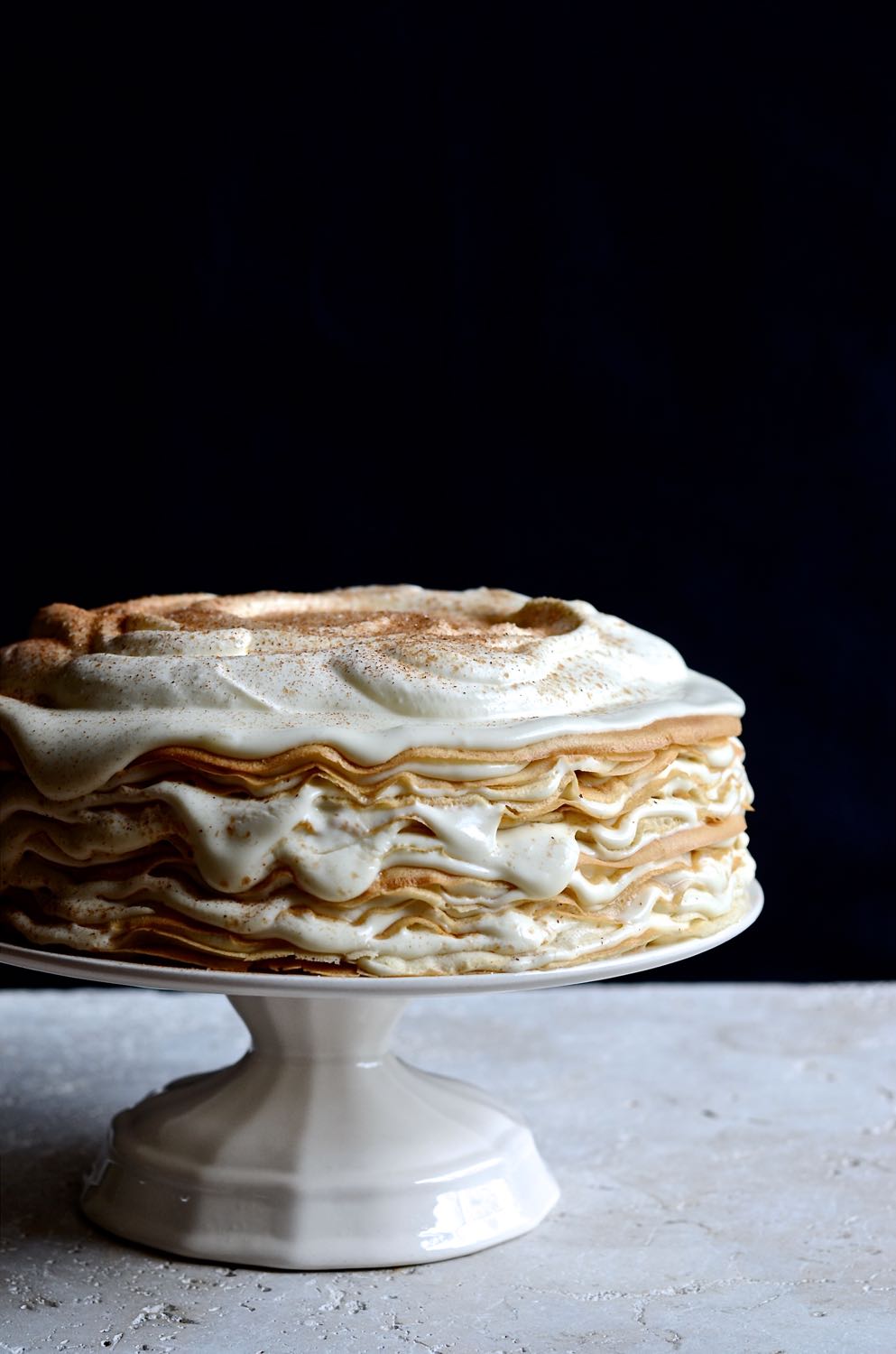 The inspiration for this milk tart pancake mille-feuille came from several sources. The first is based on food from my childhood, a kind of homage to my mum for Mother’s Day. Then, after paging through The South African Milktart collection, by Mari-Louis Guy and Callie Maritz, I craved the familiar taste once more. The final push came from UK food glossy, Olive. A trendy matcha mille-feuille cake caught my eye and so this is the result. 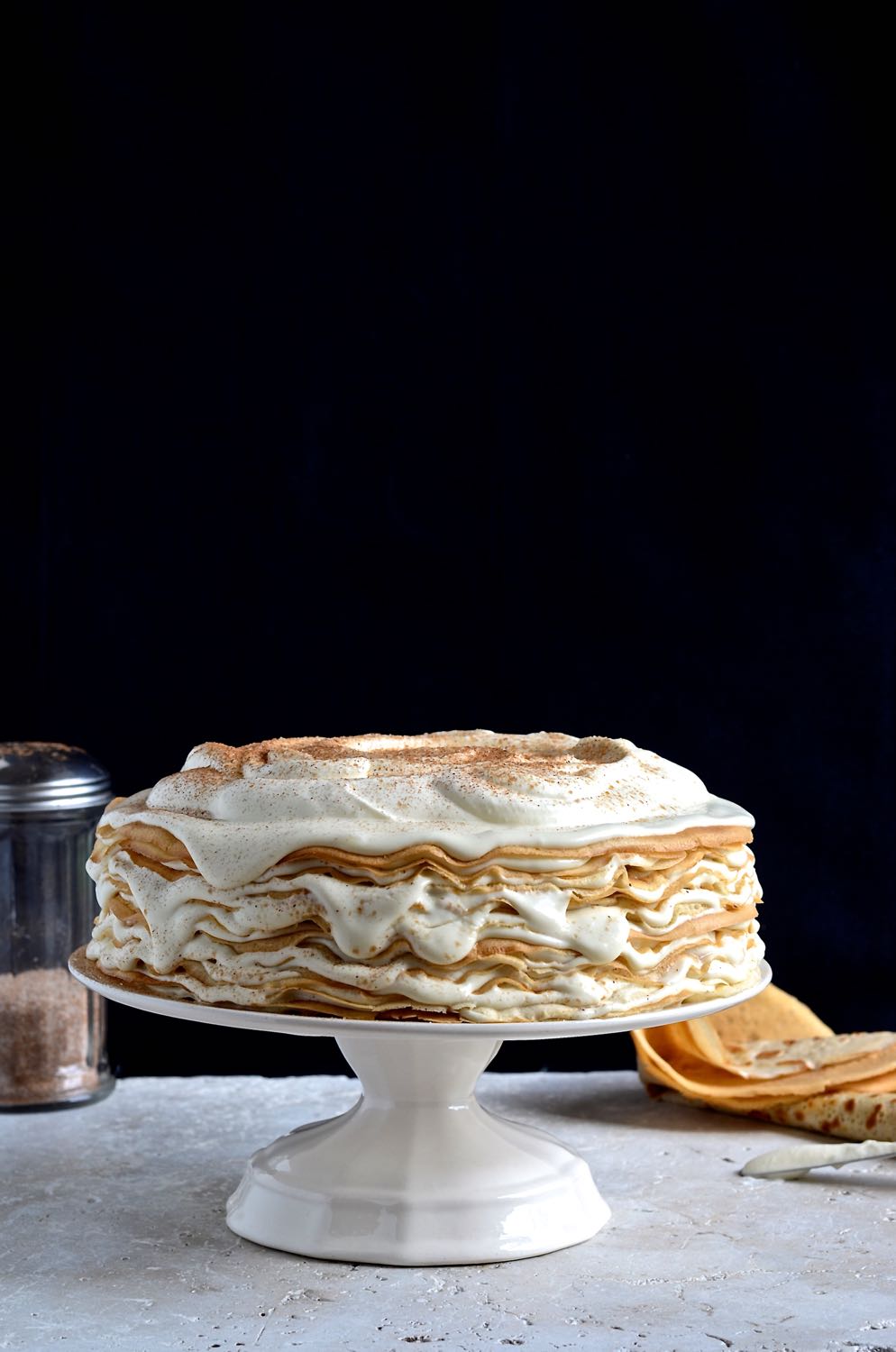 The batter is made with the same basic recipe used in this chicken a la king filled pancake post. To the basic recipes, I’ve added ground cinnamon and castor sugar. Layered between the pancakes, a whipped cream milk tart custard. A generous scattering of cinnamon sugar between each layer adds texture, flavour and crunch. It’s finished off with more whipped cream and a final dredging of cinnamon sugar.

To make the mille feuille cake stack, I’ve tripled the recipe. It makes slightly more pancakes than you need, but when were too many pancakes a problem? Making pancakes is hardly challenging, just time consuming. Once layered up, chill the stack for about an hour. It makes slicing a whole lot easier. Remove the cake from the fridge about 15 minutes before serving to take of the chill.

Method
Linked below is the recipe for the pancakes. It’s easily adapted for savoury or sweet versions.
Chicken a la king filled parsley pancakes
3.5.3217